Jun 20th 2008, 15:34 GMT
Codemasters Announces Episode 3: Spirits Awakening
In the coming weeks ArchLord will receive a massive new free expansion, Episode 3: Spirits Awakening which adds up to 30% new content to the game. This episode which has been named by one of our players in a competition held a couple of months ago, adds the Lower Spirit Realms to the game, a group of magical realms inhabited by dangerous creatures and environmental hazards.

Included in these three new zones of Ice, Lightning and Poison are over 80 new skills, four new collectible armour sets with unique stats for each of the eight classes and a lot of new monsters and enemies to fight. 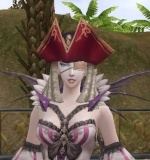